What goes into a white pizza - Home Pizza Ovens 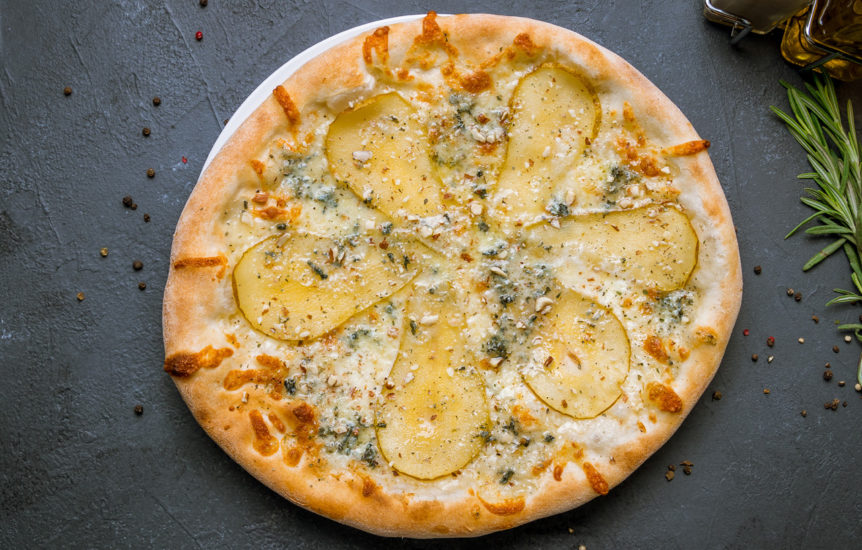 What goes into a white pizza

White pizza clearly lacks one thing. Tomato. But ‘lacks’ probably isn’t the right word. White pizza came from Rome’s traditional bread bakers, who threw a lump of dough in the oven to check its temperature. Over the years, they started wiping on olive oil, scattering salt and adding some garlic – until they realised they were producing a deliciously munchy morsel.

So white pizza doesn’t lack tomato … it never had tomato.

Pizza bianca – white pizza – is a pizza connoisseur’s secret pleasure. While the rest of us are chowing down on our five billion tomato-covered pizzas each year, they’re elegantly dining on a white pizza. It has come a long way from its Roman roots, though. Yes, the traditional white pizza is still dough with oil, garlic and rosemary, but cheese made an appearance along the way, too.

Is there more than one type of white pizza?

Yes, there are several versions of the white pizza. In Rome, they open the hot bread and fill it with ham, sausage or cheese to make a sandwich, or they serve it with meats and cheese alongside a cold glass of wine.

One particularly popular version has potato, rosemary and taleggio cheese oozing over the dough.

Pizzerias beyond Italy made white pizza more like a tomato-based pizza, using cheese as both a sauce and a topping. Many white pizza recipes have a ricotta ‘sauce’ swirled on to the dough, followed by a grated or ripped cheese – maybe mozzarella, maybe burrata (an even creamier mozzarella) – for the stringiness, and topped with a punchier, tangier Pecorino Romano or Parmesan.

What toppings go on a white pizza?

For the no-cheese version, simply brush the cooked crust with garlic and rosemary olive oil over the dough – or even better, use a sprig of rosemary as the brush, dipping it into crushed garlic with olive oil.

Assuming most people would rather add cheese than not, let’s explore the cheesy white pizza.

First. No dried herbs. No garlic powder. Everything should be fresh. Pop open a real clove of garlic. Pluck basil from a plant on your windowsill and throw it on as garnish when the pizza comes out of the oven. Even the visually striking twist of black pepper should come direct from the mill.
Without the acidity of tomato to cut through some toppings, you need to rethink your need for meat. Bacon works, of course, but pre-roasted wild mushrooms, fennel sausage or sautéed spinach are fantastic partners. And potato makes a regular appearance on white pizza, too.

How do I cook a white pizza?

Like the ubiquitous tomato pizza, you need a hot oven – around 450° – to puff up the crust and bubble the cheese without drying it out.
Choose your cheese carefully. Again, use fresh cheese and in the purest form possible. Mozzarella has a full flavour and melts into stringy goodness. When you’re prepping your white pizza, rip rather than try to grate the mozzarella and avoid packs of grated mozzarella. They have a white powdery additive to keep the cheese clumping in transit, but it does nothing for your pizza.

How should I serve white pizza?

For many, this is the time to add the toppings. When you pull your white pizza out of the oven, it needs to stand for a few minutes to settle or you’ll have cheese oozing everywhere. There are worse problems to have, granted.

At this point, pile on some prosciutto, rocket, spinach or fresh basil or even a couple of sliced cherry tomatoes.